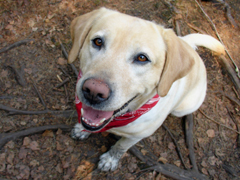 What is Lyme disease?

Lyme disease is a tick-borne disease affecting both dogs and humans. Named after Lyme, Connecticut, where the disease was reported in epidemic proportions in the mid-1970s, the disease was first discovered in the United States in humans in 1975 and in dogs in 1984.

In Oregon, the causative organism, Borrelia burgdorferi, is transmitted by the bite of a small brown-black tick, Ixodes pacificus, known as the Western black-legged tick or deer tick. It is present in Western Oregon and along the Columbia River in lower elevations.

Though small, Oregon's Ixodes tick is considerably larger than the Ixodes ticks which carry the disease in the eastern United States. Adult female Ixodes in Oregon measure 2/3 the size of the common wood tick (Dermacentor), which hikers and campers often find on their clothing while in wooded or brushy areas.

How common is Lyme disease?

The Companion Animal Parasite Council's interactive map shows Lyme disease activity in each Oregon county. As expected, it is more common in locations where there are woods that host the Western black-legged tick. During the past six years, 40–50 human cases of Lyme disease have been reported each year. In 2016, 103 cases of Lyme disease were reported in Oregon dogs. Most cases occur in the summer months.

How is Lyme disease transmitted?

When an infected tick bites, the bacterium is transferred to the blood of the host. An infected tick must be attached to the host for more than 24 hours to spread Lyme disease. The relatively larger size of the Oregon Ixodes tick helps to detect infestation. However, ticks may escape notice if they attach in a region of thick hair, or if a nymph (immature tick) attaches. Nymphs are slightly smaller than the adult ticks. 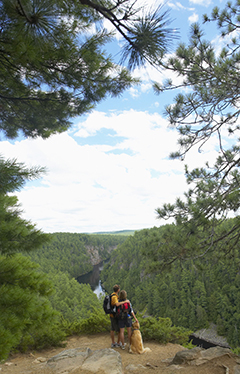 What should I do if I find a tick on my dog?

If you find a tick on your dog, it may be preferable to have your veterinarian remove the tick because identification of the tick species requires an undamaged specimen. The tick's head and mouthparts may become a source of inflammation and infection if they remain buried in your dog's skin. If you decide to remove the tick yourself:

What are the symptoms of Lyme disease?

In addition to affecting the heart, brain, and kidneys, outward signs of the disease in your dog may include one or more of the following:

How is Lyme disease diagnosed?

Consult your veterinarian if your dog exhibits symptoms of the disease. The diagnosis of Lyme disease in dogs is based upon a history of tick exposure and symptoms of lameness. A blood titer for the Borrelia organism can be performed to help confirm suspect cases. Remember that the disease is not directly transmissible to humans from dogs, and it can be treated with antibiotics if caught early.

How can I prevent Lyme disease?